The Tiller Killing:Can we at least call it what it was?

Assassination, an act of political terrorism! 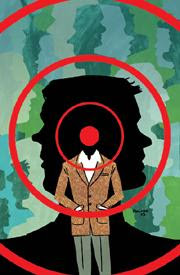 This was not an act of 'mere' murder. It was terrorism, meant to intimidate doctors, their staffs, and patients who need the service.

a mainstay at Open Left, and a thoughtful, careful writer and thinker, put up a diary in the wake of the assassination, in Wichita, KS, yesterday, of late-term abortion provider Dr. George Tiller. Tiller had long been the almost sole focus of the anti-choice, anti-abortion, soi-disant "Pro-Life" movement because Tiller was almost the sole provider of late-term abortions. He was such an icon for the rabid "Pro-Lifers" that Operation Rescue dispatched a top lieutenant, Troy Newman, to Wichita to harass, terrorize, and intimidate Tiller and his clinic staff, interfere with their procedures, and heckling patients, including stalking them, sending anti-choice propaganda to their neighbors, picketing their churches, and implicit threats of violence, as well as continuous litigation.

Tiller and his clinic have faced continuous threats and legal action.
...
Protesters blockaded Tiller's clinic during Operation Rescue's "Summer of Mercy" protests during the summer of 1991, and Tiller was shot by Rachelle Shannon at his clinic in 1993. Tiller was wounded in both arms. Shannon remains in prison.

The clinic was bombed in June 1986 and was severely vandalized last month. His lawyer said wires to security cameras and outdoor lights were cut and that the vandals also cut through the roof and plugged the buildings' downspouts. Rain poured through the roof and caused thousands of dollars of damage in the clinic. Tiller reportedly asked the FBI to investigate the incident.
...
A Wichita jury ruled in March that he was not guilty of illegal abortion on 19 criminal charges he faced for allegedly violating a state law requiring an independent second physician's concurring opinion before performing late-term abortions. Immediately following the ruling in the criminal case, the Kansas Board of Healing Arts made public a similar complaint against Tiller that was originally filed in December 2008.

Of course, Tiller's assassination constitutes the final act of that tableau, even if Newman and his minions are not immediately or directly implicated. Rosenberg's diary points out how such an event is the inevitable (!) consequence of the movement's policy/politics of coercion:

The violence is natural end of the logic of coercion, and coercion is precisely what anti-choice activists are all about. It's not just mere happenstance that violence comes from the anti-choice side, and not the other way around. This is the very essence of the issue: coercion vs. choice.

"Pro-Life" is a euphemism, Rosenberg continues, for the "Forced Delivery."

The violence of the anti-choice side is not simply a matter of unhinged emotion--although it certainly is that. But it is also a matter of deadly logic: this is what their position must, inevitably lead to. Coercion is the heart of the anti-choice, forced-childbirth movement. And the analysis presented above is one way of seeing why this is so.

"Pro-Life" right up to the moment of birth. After that, ummmmm, not so much...

I read with some interest the report that the police were not saying they had a suspect. My hope was that the killer was also dead. Because Wichita KS, home to Fred Phelps, might well not convict the "baby-killer's" killer...

Addendum: A commenter at Obsidian Wings voiced the common complaint:

(O)nce you grant the right to unrestricted abortions at any time, you cannot deny it to anyone for any reason. It's silly to grant an absolute right in the hope that it will only be used in cases you approve of. And while the vast majority of women are certainly not interested in having abortions at late stages of the pregnancy, you simply cannot rule out cases were women would take advantage of such a right, just because they have decided that they don't want the baby after all. Such cases would provide fodder for the "pro-life" activists and the tabloids.

When I read such tripe and drivel, I wonder if the women in such a man's life really understand the utter contempt for their moral lives in which such a person holds them. And if not, when someone will tell them...

Woody, my man - I voiced an opinion at a certain other blog yesterday that doctors, staff and escorts at the clinics should be armed.

They jumped all over me. Seems talking nice and singing Kumbaya to domestic terrorists like Scott Roeder will make the anti-choice fanatics all play nice.

So doctors and staff should remain sitting ducks so some liberals can feel they're taking the high road.

Someone on the same blog brought up the idiot in Boston who in 1994 killed two receptionists at a clinic and later killed himself. When I remarked that it was a shame he didn't kill himself before he killed two innocent people, I was called "bloodthirsty". I mean, WTF!

Our side has to come out of their ivory towers and come to terms with what we have to deal with. They don't want to play fair; we shouldn't either.

These people are not pro-life.

They are anti-choice, anti-woman and domestic terrorists.

there's morons in Texas (iirc, or mebbe Tennessee) who want to legalize fire-arms in BARS.

Dumb fuckers...But if you can carry a gun into a bar, then an abortion clinic ought to be able to display a sign: "This Property Protected By Smith & Wesson"!

"there's morons in Texas (iirc, or mebbe Tennessee) who want to legalize fire-arms in BARS."

To be specific, the proposal would allow a person who is NOT DRINKING to legally carry into a chain restaurant that includes a bar. Olive Garden, for example.

The proposal would not have legalized drinking while carrying.

Mixing firearms and alcohol, no matter who is drinking and who is packing, is totally moronic, pardner...

Most people who have drivers' licenses do not possess the skill to drive competently, even though they hold a license. I am morally certain the same is true of those licensed to carry firearms.